I've recently reached out to some folk about their Surf Craft and their Story. Look forward to seeing this new segment, The Craft Feature. You'll see our fellow Brothers and Sisters of Stoke, come from all over, and that there truly is a Different Stoke for Different Folk! Please enjoy Craft Feature No.1 with Dutch Surfboards! 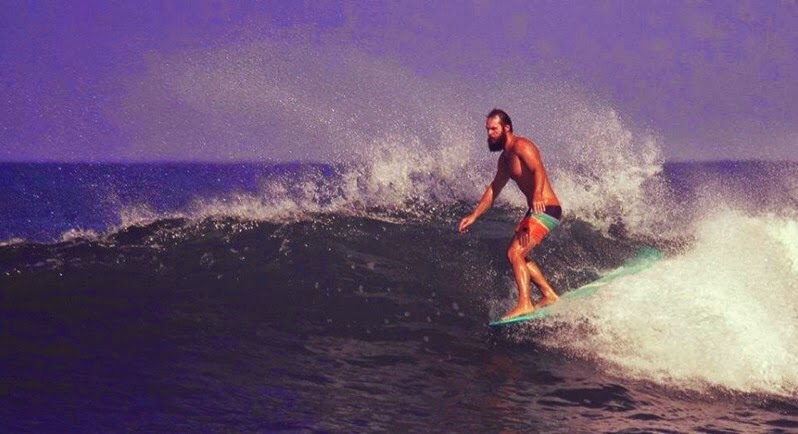 DSDF: Tell me a little bit about yourself? Where you are from and what company/organization are you with?

My name is Ryan G. Kloostra and I am originally from Michigan.  My surf brand is Dutch Surfboards (www.dutchsurfboards.com).  I grew up in a small town in West Michigan where your life generally revolves around two things: being Dutch and Lake Michigan.  In West Michigan, it seems like everyone is dutch.  Hard work, frugality, windmills, wooden shoes, last names starting with "Van" and ending in "stra" - these are all things that are very close to me.  When I chose a brand name, I wanted something related to my upbringing and values.

Though I didn't surf until I moved to California in my mid twenties, much of my life in Michigan was centered around the beach.  My parents were both teachers and we spent our summers along Lake Michgan.  The most exciting days were the days we got waves, and we would play in them all day long.  Even though we didn't surf, we would skateboard, snowboard, wakeboard, even sand-ski on the dunes.  Looking back, board-riding was almost always a part of my life.  When I moved to California, the transition was quite natural.

Craft has always been in my blood.  My grandfather was a finish carpenter and could build just about anything.  My dad is a natural craftsman and master at refinishing any type of wood.  When I was young I was allowed to to mess around in his workshop and make anything from skateboards to little ramps and funboxes for skateboarding.  He was very encouraging and gave a lot of freedom.  I pounded a lot of nails into his work bench for no reason other than pounding in a nail. I think there are still old fun boxes stashed in the woods behind my parents house.

Later, when I wanted to learn a craft when I was in California, surfboard building was a natural progression.  After speaking with a few people and spending a lot of time on the internet, I found that there were very few people who wanted to share the craft of surfboard building.  That was when I came across Terry Martin in an article in The Surfer's Journal.  He seemed wise, full of joy, and willing to spread the stoke.  I also gleaned from the article that he was a Christian - this meant a lot to me.  So I wrote him a handwritten letter and he called me up four days later to talk about spending some time together.  The rest is history.  Terry was, and still is through his legacy, a huge blessing to the entire world of surfing.

DSDF: What Surf Craft(s) do you make/offer?

I love to make surfboards, bodysurfing handplanes, and paipos.  My wife, who is pretty talented also, creates amazing bags for the handplanes and all sorts of other sewing creations.

DSDF: When and How did you get into Surfing?

Well, I kind of got into it before, but when I moved to California from Michigan I actually brought a surfboard out with me.  I had never ridden it, but I brought it out and knew that I was going to surf.  It was a 6'3" Carl Schaper thruster that my dad found in the trash at a library in Pentwater, a Lake Michigan beach town where we have a cottage.  I had no idea how wrong it was for a beginner.

After getting an 8 foot funboard off craigslist, I dedicated myself to learning to surf.  As a Christian school teacher, I had no money, so I would drive to the beach to surf and sleep in my Ford Explorer at night to save gas money on the commute from Pasadena to the beach.  It was slow learning, but I loved it.

DSDF: What is your favorite form of Stoke (SurfCraft)? Why?

I love the glide of a good singlefin longboard.  That's as good as it gets.  That being said, I love everything that involves sliding down a wave. Handplane.  Paipo.  Fish.  Quad.  Transitional shapes.  Whatever.  It's all stoke!

We'll be at the Deus Ex Machina Surf Swap Meet on August 2 in Venice.  We went last year and had a blast selling mostly handplanes, but we have a lot of cool stuff for this year. Come check it out!

Also, on September 6 I'll be competing in the Straight Outta Wompton bodysurfing event at    the Wave House in San Diego. It's a freak show.

DSDF: Where do you see the Culture heading in the near Future?

Globalization and the internet have really impacted surfing whether people like it or not.  On the one hand, we can all watch the surf contests live and stoke out on all sorts of free content on the internet.  We can also learn more than ever on youtube when it comes to the craft of surfboard building.  This website is a great example; we'd never know each other without the internet and social media.  It has allowed a lot of cool, niche ideas to coalesce into movements.  So, in many ways, it has leveled the playing field.  Awesome!

On the other hand, now many boards are made overseas by people who have never surfed a day in their lives.  Also, the internet has moved us from life-defining surf movies that take years to produce to the clip of the day on instagram.

Overall, I think we are in a really cool time right now where people are rediscovering the value of craftsmanship, originality, and stoke.  It's become cool to be unconventional and think outside the box.  Look at guys like Ryan Burch and Donald Brink, they are doing crazy things these days and people are digging it.  At the same time, classic shapers like Skip Frye seem to be getting more love than ever.  A lot of interesting shops are moving in this direction, too.  My stuff has been embraced at places like Thalia Surf Shop in Laguna and Icons of Surf in San Clemente, but shops like these are everywhere up and down the coast.  These shops understand what's going on in surfing and they are making it possible for shapers and craftsmen to create new things and market them.  Ten years ago, an experimental shape was usually a liability for a shop.  Now, they are welcomed.  It just shows that the consumer is more open than ever.

To my wife, Raquel, and all the other wives out there that put up with surf/craft obsessed husbands.  The early wake ups, experimental projects in the house, and messes that I create would test even the most patient people.

Finally...God's grace in our lives.  The original gospel of stoke!

Thank You Ryan! I appreciate your support with Different Stoke!!! 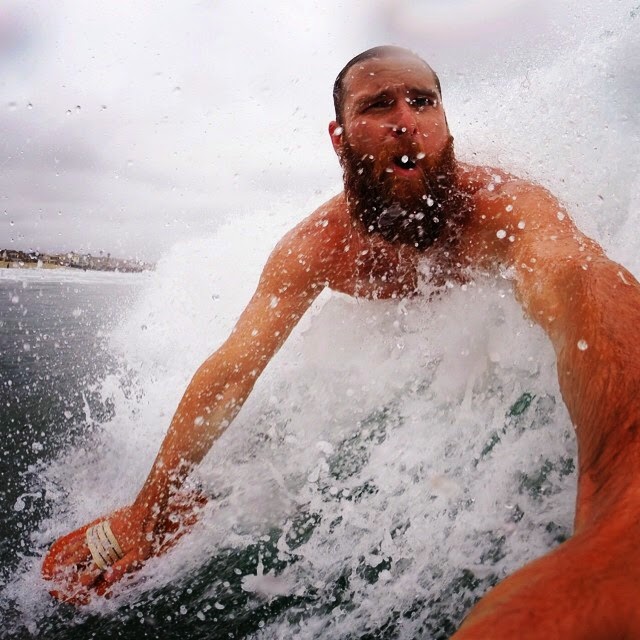 Posted by Duppy Konkarar at 7:21 PM